In May 2010, famed Foo Fighters drummer Taylor Hawkins and his band The Coattail Riders made their live UK debut on the Scala stage.

Taylor’s glittering gold drum kit sat centre stage, but another mysterious kit sat just behind his, shrouded in black draping. After launching into a set of songs from their first record, things started to get interesting…

The first special guest for the evening was YES bassist Chris Squire, who joined the band for Foo’s classic Cold Day in the Sun. When the other drum kit was unveiled, a grinning Hawkins invited Queen‘s Brian May and Roger Taylor (and his son Rufus) to the stage. The surprise super group thrilled the crowd with a selection of early Queen classics as well as a few of Hawkins’ own.

Check out some fantastic photos from a memorable night! 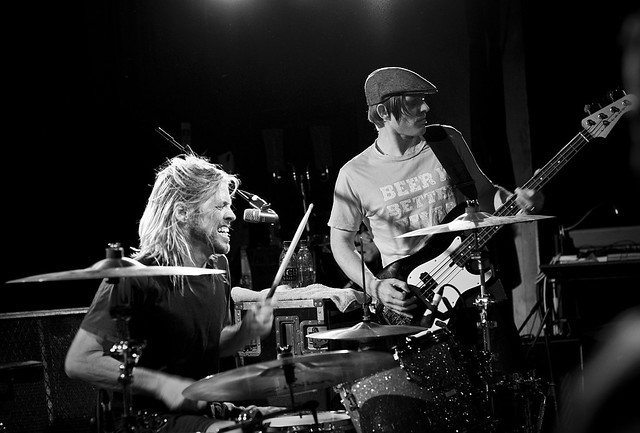