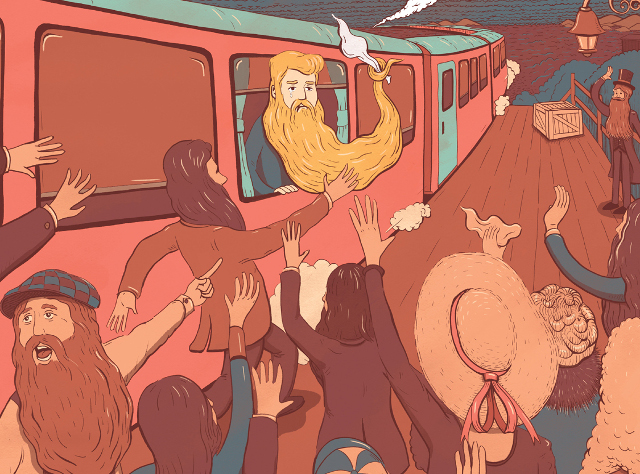 plus Johnny Cage & the Voodogroove 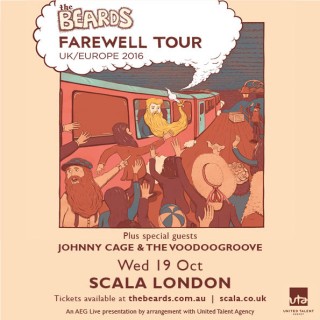 Beloved beard-related rock band The Beards shocked fans earlier this year when they declared that they would be calling an end to their hard-touring ways and announced a huge Farewell Tour of their native Australia.

Now, after much anticipation, The Beards have added a string of European dates to this monumental tour, giving their many UK fans one last chance to see the band live.

“We feel like we’ve achieved what we set out to achieve through music.” Explains frontman Johann Beardraven. “Everybody now agrees that beards are great, so the time has come for us to rest on our laurels. But not before we go around one last time and say a heartfelt thankyou to everyone who’s come out to see us over the years, and especially to everyone who’s grown a beard, or adopted a pro-beard attitude.”

The Beards, who famously only ever perform songs about one topic, have announced a limited run of UK shows, at which they’ll be performing two sets jam-packed with pro-beard anthems from their impressive five album back-catalogue, incorporating both the stripped-back acoustic sound that helped them gain radio play in Australia, and the infectious pop-rock that has won them a legion of fans worldwide. The Beards Farewell Tour will give UK fans one last dose of pro-beard activist rock before the four-piece hangs up their touring boots indefinitely.

The Beards are much-loved by audiences around the world for their refreshingly original concept, highly-interactive live shows and trademark sense of humour. Don’t miss this hugely-entertaining Aussie phenomenon’s victory lap of Europe this October.