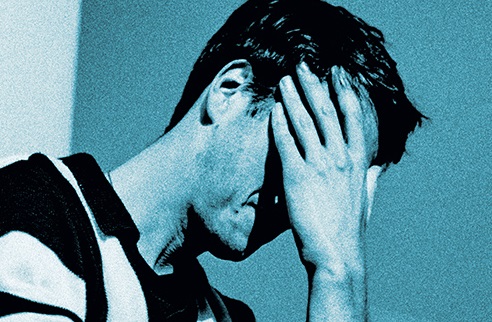 Tonight’s show with Marlon Williams is being postponed due to the adverse weather conditions.

All tickets will remain valid for the rescheduled date, which will be announced shortly.

Refunds are available at point of purchase.

We apologise for the inconvenience. 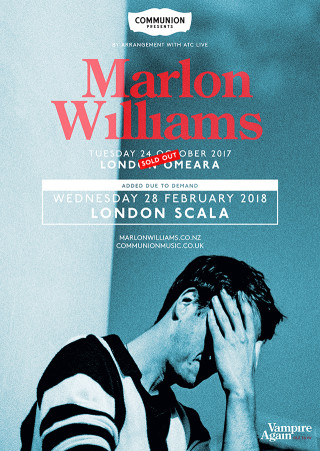 A veteran at the age of 25, Williams found his calling as child growing up in Lyttelton, New Zealand. A picturesque coastal town populated by fewer than 3000 people, he recalls its “wonderful contrast between port workers and a big artistic community”. The latter includes his mother and father, respectively a painter and industrial punk musician. “The first three things I remember Mum listening to were PJ Harvey, early choral music and Smokey Robinson. A lot of Maori music too. We used to go down the marae for meetings and sing these big harmony songs.”

Dad would bring home CDs every week, moving from Elvis and The Beatles through Echo & The Bunnymen, The Band’s Music From Big Pink, and, crucially, Gram Parsons: “A rock ’n’ roll dude playing country music, but respecting the purity of it.”

A similar duality informed the young Williams’ unique journey as a singer, combining his family’s Maori upbringing with the vocal epiphanies he discovered in the school choir and then in nearby Christchurch’s cathedral ensemble. “It’s a very different approach,” he explains. “With the Maori songs it’s layered thirds, one over the other. You just feel when you want to bring another third. But then I spent most of my teenage Sundays at church. We’d sing a 30-minute Mozart Mass where every note is prescribed. I’m not a spiritual person but the music was enough to keep me there, through whatever hangover I had.”

He even enrolled in the prestigious University of Canterbury, but classical music’s institutionalized stuffiness proved too much. The Unfaithful Ways, his band of fellow fallen choirboys, was becoming a hot local live draw. “I did a year at university, but they didn’t like that I was out playing in bars at weekends and coming in on Monday smoking. I was wearing country shirts to our performance days, instead of the bow tie and penguin suit.”

After the youthful combo folded its frontman cut a trio of domestically acclaimed duo discs with prolific Lyttelton tunesmith Delaney Davidson, then made the decision to relocate to Australia – partly pushed by the ruinous earthquakes that had left Christchurch in disarray, partly pulled by the promise of Melbourne’s bountiful music scene. Williams pitched up at legendary pub venue the Yarra Hotel, winning over seasoned booze hounds with a first gig on the eve of the Aussie rules football grand final.

Returning home to record, utilizing the The Sitting Room in Lyttelton Harbour – and working once more with producer/engineer Ben Edwards, whose prior loyalty extended to rescuing The Unfaithful Ways’ album master from a cordoned-off quake aftershock area. Such deep-rooted bonds birthed an eclectic yet cohesive set that ranges from rollicking, acrobatic opener “Hello Miss Lonesome” to the wry coffee house wisdom of “Everyone’s Got Something To Say”, via Rubber Soul-ful zinger “After All” and “Lonely Side Of Her”’s beauteous barroom empathy (penned for paramour and co-vocalist Aldous Harding).

Its author’s easygoing gender fluidity is expressed through his revelatory, androgynous reading of the traditional lament “When I Was A Young Girl”, previously hymned by Nina Simone and Feist, among others. “That’s a real fun challenge. An exposition of how songs are personal and impersonal at the same time. I don’t even think about [male or female]. Either that or I don’t think of myself as a boy anymore! The version I knew was by Barbara Dane, a white San Francisco soul/folk singer from the ’60s.”

Williams won Best Male and Breakthrough Artist at the 2015 New Zealand Music Awards and was nominated for Best Blues & Roots Album at the ARIA Awards, alongside nominations for the coveted Taite Music Prize and Australian Music Prize.

His album was released internationally in February 2016 through Dead Oceans, and Williams has spent 2016 selling out shows throughout North America and UK/Europe, playing major festivals including Latitude, Longitude, and Austin City Limits, and making appearances on tastemaker radio shows like NPR, KCRW’s Morning Becomes Eclectic, KEXP and World Cafe, plus performances on legendary TV shows Later With Jools Holland, Conan and The Late Late Show in Ireland.