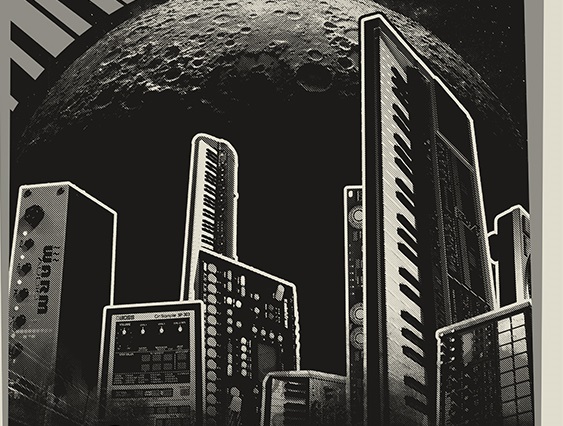 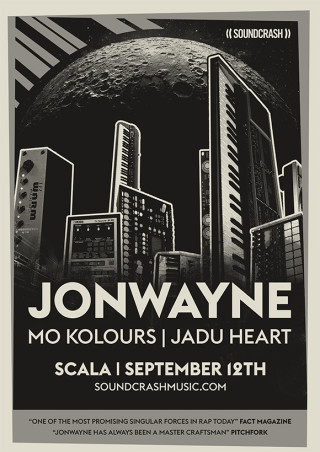 One of L.A.’s most formidable rapper/producers returns to the capital after two sold out shows at Jazz Cafe in January. We’re proud to announce historic London venue Scala shall host the future hip hop icon this September, Jonwayne is sure to utilize the sonic potential of the venue for his legendary, larger than life rhymes and his floorboard splintering beats.

The La Habra raised 25-year-old honed his skills behind the boards after innumerable sojourns to Low End Theory, ground zero for L.A.’s still vibrant beat scene. With his punishing, Nintendo–meets-MPC 2011 debut, Bowser (Alpha Pup), and countless DJ sets at the Airliner, he cemented himself as one of the scene’s preeminent emissaries. Over the next three years, he picked up the mic, signed to indie rap paragon Stones Throw, and released a trilogy of increasingly prodigious mixtapes via cassette. His debut LP, Rap Album One, received widespread acclaim and the Album of the Year award at the 2014 Gilles Peterson Worldwide Awards.

With a hot new album out -‘Rap Album Two’- and tonnes of underground buzz this is a show to catch for any hip hop heads.

Support on the night will come from the explosively talented London beat maker Mo Kolours Jadu Heart. Melting lazy beats with dreamy guitars, occasional funk bass and chirping synths this due are certain to set the bar high for the night.

This show was originally scheduled to take place at Koko on 13th September. All tickets remain valid.