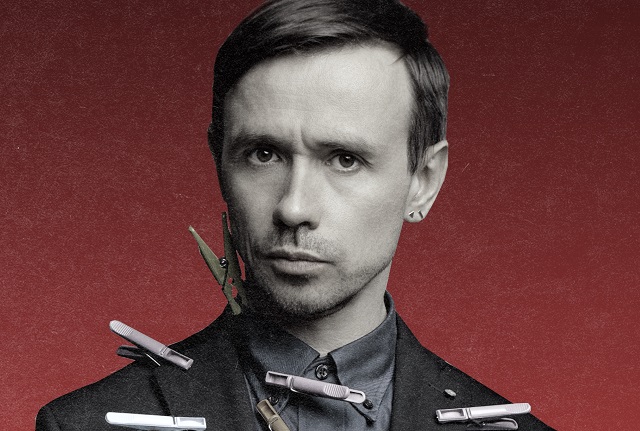 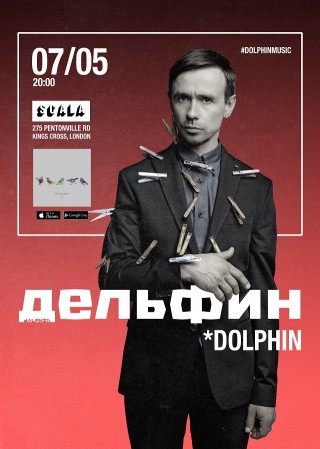 Nowadays, when poetry is almost dead, and its funeral chants are being played by cheap kitsch pop-music ATMs, Dolphin’s constellation is burning remarkably bright. In tune with his time, shimmering with the beauty of sadness, the power of anger, and the freedom of despair, as always, he is genuine and distinctive. Like no one else. Dolphin is the only real star of the Russian alternative music scene, a performer not wasting his time on abstract trends, forever true to himself and his audience. Each album is a revelation and alteration, a re-invention of himself, and each concert is unique and individual in its own right. Dolphin’s disks are sold in huge numbers, his lyrics are repeated over and over like prayers, and for many – his songs are the only philosophy of life. Andrey’s lyrics are hyper-emotional and figurative – this is felt in an instant, from the very first words of the song. Dolphin always sings about what worries him, what is closest to him. The palette may turn out not very colorful, but it’s always true. The Invisible Man. The Atmosphere Man. The Rhythm Man. Dolphin is always honest and true to himself. A large number of entirely different people can find or discover something for themselves in his lyrics, so his concerts are always sold out. Dolphin never seeks to flirt with one subculture while turning away from another. Being always above musical trends while remaining in tune with his time, he has achieved the status of an independent musician on the Russian stage, and confirms this each time with his incredible, piercing, and flawless performances. The series of pictures projected on the huge screen behind the musicians are metaphorical, not always clearly understandable, just like his lyrics. They penetrate right down to the soul, the subconscious mind, immersing listeners into a trance. Darkness, the acid illumination of the drum racks, the aromas of Indian incense lit by someone among the numerous spectators – this is the physical atmosphere of the concerts. In a recent interview, Dolphin once again clearly outlined his focus on one goal – being the very best at what he does. The musician’s live performances confirm this commitment in spades. His concerts are always a performance; they are unique not only because of the music, but also because of the images projected on the screen. Sometimes there is a strange feeling that this is not really a man named Andrey Lysikov. It seems as if he exists by somehow merging himself together with the visual imagery into one thought, image, mood that penetrates into the souls of the audience, bypassing the traditional channels of perception. Dolphin’s concerts are not merely music; there’s something indescribable in the air, yet at the same time precisely tuned, expertly decorated from the first to the last moment.