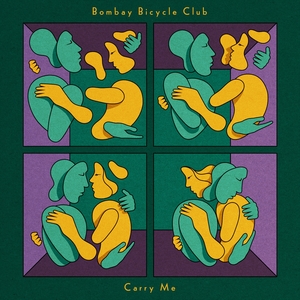 This February, promoters Absent Kelly return for the first of their huge Indie club nights of the year and they’re starting with a bang.

After announcing a break from touring, Absent Kelly have bagged Bombay Bicycle Club to share a portion of their painfully cool record collection with you. This will be one of few opportunities to catch them out and about this year.

Last year, with the release of their new album ‘So Long, See You Tomorrow’, Bombay Bicycle Club became even bigger than previously. ‘So Long, See You Tomorrow’ reached number one in the album chart upon release, and got them a Mercury Music Prize Nomination in the process. They topped a busy year of International touring and festival slots off with their biggest show to date, headlining the legendary Earl’s Court.

From a huge cool Indie band, to one who are on the verge of great things, breaking through to the big time as we speak. 2014 catapulted Dexters into the limelight with constant touring around the UK and Europe and a summer full of festivals. The band have been championed by XFM and Absolute Radio and, after releasing their debut album, are selling out venues left, right and centre including, recently, The Islington Assembly Hall. With 2015 set to be their year come to catch them for this DJ performance that promises to get you dancing.

XFM will also be loaning their queen of the airwaves for the evening, Sunta Templeton, see what she listens to without the rulings of the playlists.

As if that wasn’t enough, there will be a bill chock full of some of the best emerging live acts this fair isle has to offer.

With more music than you can shake a stick at, what a way to mark the end of winter.